Disclaimer: The datasets shared in the following article have been compiled from a set of online resources and do not reflect AMBCrypto’s own research on the subject

‘Ethereum killer’ or not, Cardano [ADA] has always had a lot of fans. Needless to say, this perception has fueled a lot of projections across the board, both favorable and otherwise. What then do people say about ADA? Specifically, is the altcoin likely to fall or climb? And, should you, as an investor, buy any more ADA in the market. Well, this article will try and answer that very question.

One of the cryptos that has been able to secure a spot in the top-10 by market cap is Cardano (ADA). Cardano is not just well-known, but is frequently cited as one with the most potential too.

As the network called the “Ethereum killer” continues to record significant blockchain development, the price of Cardano (ADA) has largely fluctuated in recent weeks.

The Cardano community specifically anticipates a potential increase in the token’s value, particularly with the impending Vasil hard fork. This line predicts that ADA will trade at $2.26 by August 31, 2022, according to NeuralProphet’s PyTorch-based price prediction algorithm that uses an open-source machine learning framework.

However, like many other cryptos, Cardano felt the brunt of the bears recently. The average price of ADA fell below its minimum value in the summer of 2022. Cardano has been affected more than other leading cryptocurrencies by the bear market that came after the market surge in November 2021. But, that is a thing of the past now, as expectations and predictions for ADA are pretty green and positive. At least for now. This, despite the market’s recent performance.

Given everything, purchasing ADA must ultimately be prudent, right? The majority of analysts have optimistic forecasts for ADA. Furthermore, the majority of long-term ADA price forecasts are confident.

Why do these projections matter?

Also, it seems like the conflict between Ethereum and Cardano may come down to an upgrade war. With the Goguen “Mary” update behind the latter and Vasil on the horizon, it will be interesting to see what the impact of the same will be on the network and on ADA.

Over the past year, Cardano has established itself as one of the most active crypto-assets. As expected, it appears that cryptocurrency investors are optimistic as there has been an increase in the number of Cardano wallets. According to AdaStar, 121 new wallets have been created on average every hour since ADA’s record-breaking price run – A 98% hike.

Also, addresses holding between 10,000 and 10,000,000 ADAs have built on their accumulation tendencies, according to Santiment.

Since 27 July, these addresses have increased their portfolios by a total of 0.46% of ADA’s current supply. In just over 10 days, this amounts to an accumulation of ADA worth approximately $138 million.

3,105 Plutus-based smart contracts were implemented on the network, according to Cardano Blockchain Insights. Indeed, there has been an increase. In fact, in July, this number was 2,900. This demonstrates Cardano’s capability of enabling customers to create blockchain-related applications.

The bullish forecasts are in line with the generally bullish outlook on ADA that comes from network initiatives intended to make the asset more beneficial. The much-awaited Vasil hard fork is finally prepared for launch, according to Cardano’s Charles Hoskinson.

Supporters of the token are obsessed with price movement as it starts to recover, despite slight gains, ADA is yet to meaningfully react to the upgrade. The coin has, however, profited from the recent two-month surge in the wider cryptocurrency market.

In this article, we’ll quickly review the current activity of the cryptocurrency with a focus on market cap and volume. In conclusion, predictions from the most well-known analysts and platforms will be summarized together.

ADA’s price, volume, and everything in between

At press time, ADA was valued at $0.44. Its market capitalization was $15.1 billion and its 24-hour trading volume was $558 million. A depreciation of just under 1% was seen over the last 7 days too.

The overall number of ADA wallets was estimated at 3,539,308 on 27 August, according to Cardano Blockchain Insights. Despite the price drop in the recent bearish market, Cardano was still able to add over 500,000 new holdings in the last six months. Even the upgrade’s delay was unable to convince ADA fans to change their minds.

On the DeFi front, Cardano’s TVL on DeFiLama saw a slight 4% decrease. The total amount locked was $81.4 million, at the time of writing.

The growth rate of FluidTokens, a DeFi lending platform that enables users to lend or borrow using CNFTs as collateral, was 54,000% over the previous month. However, the network did experience a considerable decline from its all-time high TVL of $326 million on 24 March.

By the end of the year, according to PLAYN creator Matt Lobel, ADA is likely to hike to $1.50. The management team’s quality-first philosophy, he claimed, will enable ADA “continue to develop and not encounter some of the quality challenges that other projects have,” although the rate at which it is expanding may be discouraging.

Martin Froehler, CEO of Morpher, concurs with this statement. He predicts that the value of ADA will reach $1 by the end of 2022 and states simply that “slow and steady wins the race.” The CEO and Xo-founder of Router Protocol, Ramani Ramachandran, is not as convinced about the future applications of ADA and believes the coin will only be worth $0.20 in 2022.

By the end of August, the CoinMarketCap community anticipates that ADA will trade at $0.58. About 17,877 members of the community agree with the projection, which assumes a price increase of about 8.71% from the crypto’s current value.

The estimate for September has been set by the community at $0.5891, up roughly 9% from its press time price. A curious prediction made by the algorithm is that by the end of September, ADA will trade at $1.77. Overall, both forecasting tools point to an increase in the price of a digital asset right now.

And, if these predictions seem too much to you, then you must know that there are reasons why the sentiments are so bullish. According to the same Finder research stated earlier, one in five (20%) panelists believes that the Cardano hard fork, which aims to further decentralize the network and boost throughput, will have a favorable long-term effect on the altcoin’s price. Another 17% believe it will at least have a favorable effect shortly.

The real value of the blockchain will increase as it becomes faster and more effective, and ADA’s value should increase along with it. Cardano may once again reach $1, according to the Motley Fool’s analysts, making it a solid investment at the moment.

The most cautious Cardano price forecasts anticipate roughly linear growth for ADA over the next five years. According to the Cardano projection, ADA will conclude 2022 at $2.74.

Let’s now look at what well-known platforms and analysts have to say about where they believe ADA will be in 2025 and 2030.

Now, even though most predictions are positive, some reasons force us to believe otherwise. Even though the much-awaited update of the blockchain is expected to take the price high, what if the update does not reach its promises and becomes a failure?

A cryptocurrency’s price typically reacts favourably to upgrades, as it did when Ethereum’s EIP-1559 was pushed and the asset’s value once again soared beyond the $3,000-mark. However, in the instance of Cardano, the asset’s value fell dramatically, by nearly 50% within one month of the launch of Alonzo.

However, even in a down market, Cardano strives to consistently improve its products. Investors should feel confident as a result because the project’s utility keeps growing. This distinguishes Cardano from several other “meme currencies.”

This seems to support a bullish Cardano prediction, which is why many analysts believe that ADA will be valuable in the long run. Building the utility now might serve as a launchpad for when the cryptocurrency markets heat up again, which would cause the price of ADA to soar dramatically that it would even top its all-time high.

And, you have reasons to believe that. Until 2026, the Cardano blockchain project hopes to sign up as many as 50 banks and 10 Fortune 500 businesses, according to Frederik Gregaard, CEO of the Cardano Foundation.

Gregaard also discussed how he hopes to make it possible for banking institutions to use Cardano’s utility token in a formal presentation.

Experts frequently advise educating the public about cryptocurrencies before broad adoption takes place. And, the recent frenzy has probably done just that for many. As a result, many believe that ADA has a strong possibility of continuing to rise through 2030 and beyond.

It’s not “out of reach” for Cardano to surpass the “double-digit threshold,” according to Josh Enomoto, a former senior business analyst for Sony Electronics who has experience working with Fortune 500 businesses, who wrote about it in Nasdaq.com.

He first presented that argument in May 2021 and even forecast that the ADA price would reach $22 by the end of 2022 and perhaps $100 by the end of 2027. Both up and negative trends in altcoin price are fairly powerful.

Finder’s panel has considered Cardano’s future, placing it in a good position. It believes ADA will hit $6.53 by 2030.

Furthermore, according to cryptocurrency exchange Kraken, the debut of the Minswap decentralized exchange (DEX) and growth in the SundaeSwap and MuesliSwap DEXs allowed Cardano’s total locked value (TVL) in decentralized finance (DeFi) apps to increase by more than 130% in March this year.

Eight years, though, are not without their ups and downs and rough patches. Inflation, recession, conflict, and the fear of an economic collapse are just a few of the hiccups.

Many in the cryptocurrency community are still optimistic about the chances of Cardano’s acceptance in the future.

In January, Ethereum’s Vitalik Buterin asked the community on Twitter which crypto, outside of ETH, they would prefer to see dominate transactions in 2035. ADA received 42% of the more than 600,000 votes, while Bitcoin received 38.4%.

Poll for Ethereum community. You wake up in 2035, and 80% of all transactions + savings in the world are in one currency that is not ETH. Which would you prefer it to be?

Of course, investing in cryptocurrencies is risky because of their tremendous volatility. However, investing in Cardano may allow you to “set it and forget it” and watch your money increase, at least through 2030.

After a significant decline in 2022, analysts predict that ADA might eventually provide value and a strong return on investment. The volatility of cryptocurrencies, though, makes everything possible. Never put more money at risk than you can afford.

Remember, that within three months of its release, ADA surged to over $1 during the 2017 crypto bull run, which saw retail investor FOMO (fear of missing out) drive the price of Bitcoin to $20,000. The entire advance was subsequently totally retraced down to $0.02 during the 2018 bear market.

Fundamental analysis (FA), such as a growth in network addresses and TVL, which indicate growing mainstream adoption of a crypto-project, should be of greater concern to long-term investors.

As crypto markets flourish, Cardano will follow. With an $18 billion market valuation, it will be very responsive to changes in price. The crypto-market will probably expand as the world transitions to a decentralized future, which is good news for Cardano in the long run. 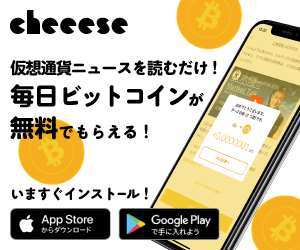